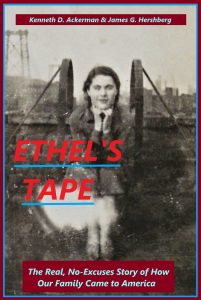 Family stories always come withy secrets, the kind parents never tell and never pop up on Ancestry.com.  In our family, we got lucky.  Ethel spilled the beans.

One afternoon, almost sixty years after the fact, she spoke into a tape recorder and told the truth, what really happened back in the 1920s that brought us to a new country (and almost didn’t), from tiny Zawichost, Poland, to New York’s Lower East Side, and all the strange places in between. 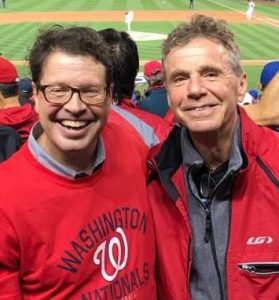 Hershberg between them have almost a dozen books and hundreds or articles in print. Ken’s BOSS TWEED and TROTSKY IN NEW YORK 1917 have both been optioned for film.  Jim’s MARIGOLD; THE LOST CHANCE FOR PEACE N VIETNAM was hailed by The Washington Post as a top five nonfiction book of 2012.

Here, they have combined forces to produce a history of their own family full of energy and surprises, demolishing old stereotypes while reinventing the classic story of American immigration.  It is not what you think.

BUY THE BOOK on Amazon.com.

LISTEN TO THE ORIGINAL TAPE: