“As hard as Mr. Ackerman is on Hoover, he does not demonize him.   … .[His] moral is apparent in his conclusion: ‘To the extent that our modern war on terror is paralleling the attitudes of the 1919-1920 Red Scare, we have to wonder: How many young J. Edgar Hoovers are we creating today?'”
-Carl Rollyson, New York Sun, May 2007. 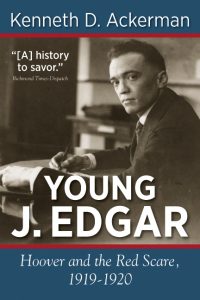 On June 2, 1919, bombs exploded simultaneously in nine American cities, including one that destroyed the home of the Attorney General of the United States, A. Mitchell Palmer, and nearly killed him.  In the aftermath of World War I, America suddenly faced a new enemy—radical terrorism.  Concerned that new American Communist parties threatened revolution, Palmer vowed a crackdown.

To lead it, he turned to his youngest aide, J. Edgar Hoover, just twenty-four years old, who already made a name for himself as a zealous wartime bureaucrat.  Now, under Palmer’s wing, Hoover helped execute a series of brutal nationwide raids, bursting into homes without warrants or warning, arresting almost 10,000 Americans and assembling secret files on hundreds of thousands of suspects and political enemies.

Amid the hysteria, truth of the abuses emerged, prompting a backlash.  A handful of lawyers like Clarence Darrow, Felix Frankfurter, and Harlan Fisk Stone (the latter two future Supreme Court justices) dared to defy Palmer publicly.  But as Palmer’s reputation fell, his young protégé Hoover survived to become the most controversial American law enforcement figure of the Twentieth Century, uniquely praised, feared, and condemned. In 1924, he was asked to head the Federal Bureau of Investigation, a post he would hold for five decades until his death in 1972.

In Young J. Edgar, I have tried to bring to portray the drama of Palmer’s raids and Hoover ’s coming of age in a narrative rife with modern overtones. 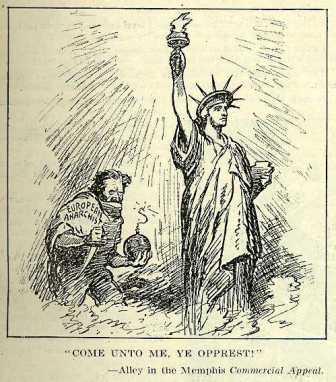 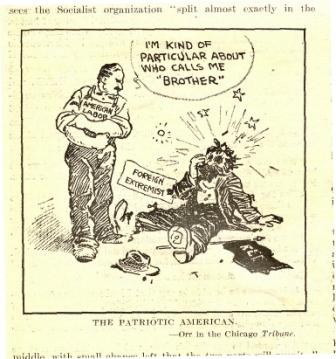 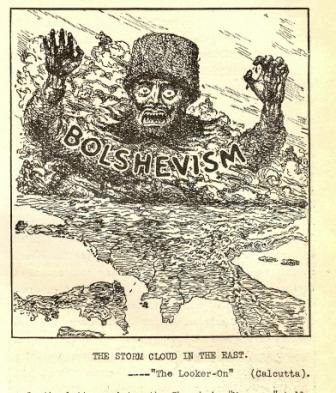 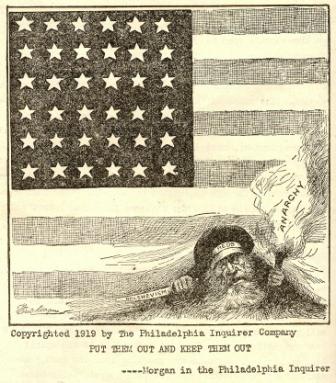